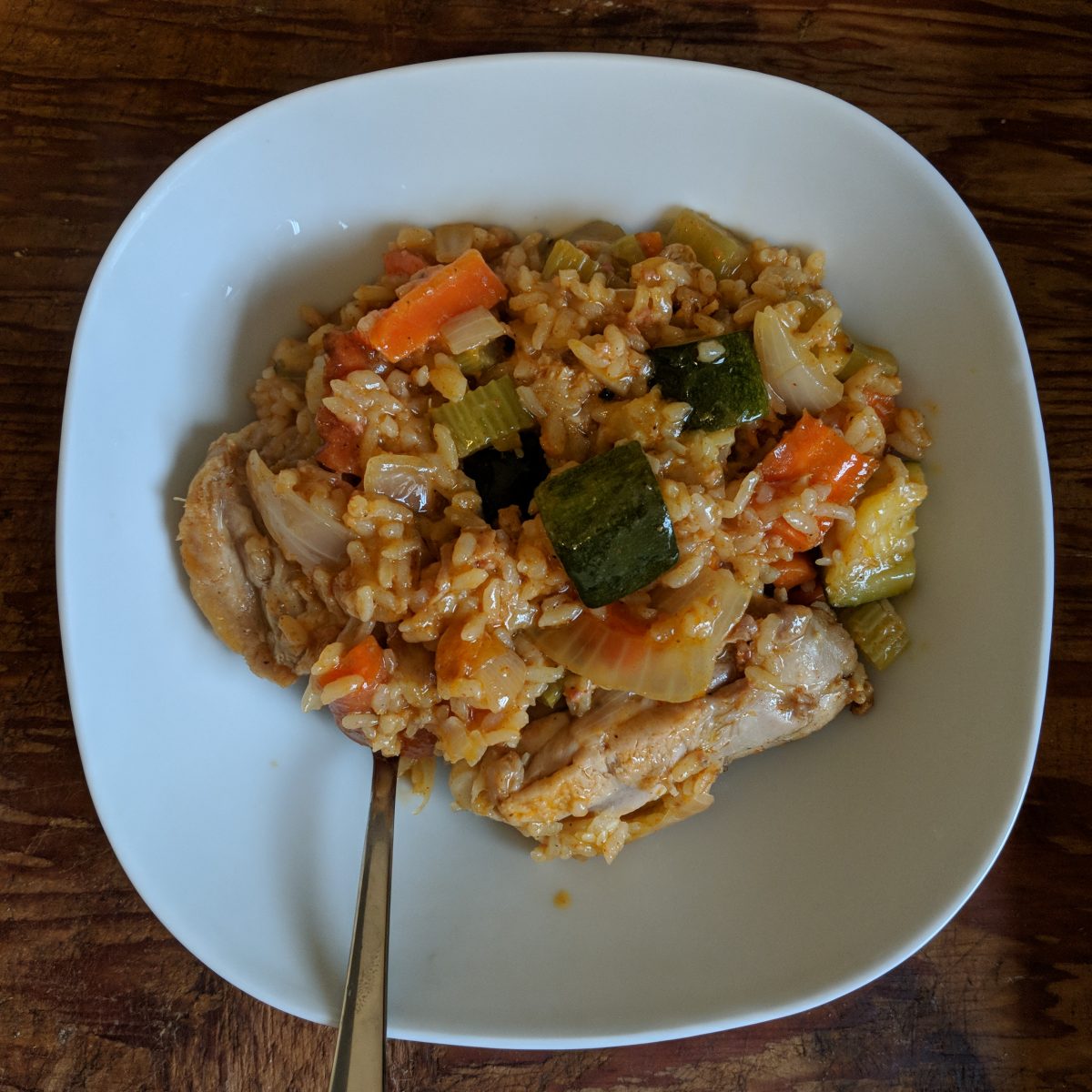 I went to Portugal last year (in 2017), and in Porto I stayed with a local family via AirBNB. One night when I was there we had a family dinner of chicken and rice. It was so tasty I’ve been wanting to reproduce it ever since. I texted the host to ask for the recipe when I got home, but he never replied. So the other day I decided I’d try to Google recipes on the Internet and make some.

What I ended up with was quite different from what I had in Portugal, but it was still quite tasty. It was the result of combining together several recipes that I found online, and simplifying them a bit. I already had rice, onions, carrots, celery, and zucchini, so I just needed chicken and chouriÃ§o (chorizo in Spanish). I walked down to the local grocery store and they had Mexican-style chorizo which is uncooked pork and other sausage ingredients loose in a bag, but not the smoked chouriÃ§o that they eat in Portugal, which is a smoked firm sausage in a pork casing, sort of like a salami. But I rolled with it, and I picked up some paprika as well for the recipe.

Here’s the recipe that I ended up making, based loosely on a recipe that is no longer online, sadly.

Here are the steps to prepare it.

This will keep you fed for a while! After eating one serving, I had enough to completely fill a 10″ by 10″ dish of leftovers. I’d say there are probably 6-10 servings depending on how hungry you are. It makes great leftovers that microwave up nicely, or you can freeze portions for a later day if you think you’ll get tired of it. The leftovers often taste better than the first time!

Warning: As always when eating chicken or pork, make sure that the meat has been fully cooked before eating. Internal temperature should be at least 165Â° F (74Â° C) but this should not be a problem as long as the pieces are not too big, since it’s been in boiling liquid. Measure internal temperature before eating just to be sure with a meat thermometer.

This site uses Akismet to reduce spam. Learn how your comment data is processed.